The 8mm film format dominated the second half of the last century. It was your go-to mainstream format and solution for amateurs, family movies, and indie film-makers. But as technology moved onward the 8mm film was left in the bin of history, leaving behind a vast amount of film roles in need of digitization before the decay of time renders them unwatchable and useless.

If you find yourself in a position of needing to convert 8mm film to digital video/image files – which can be indefinitely stored, edited, and viewed – you will find this short guide helpful. 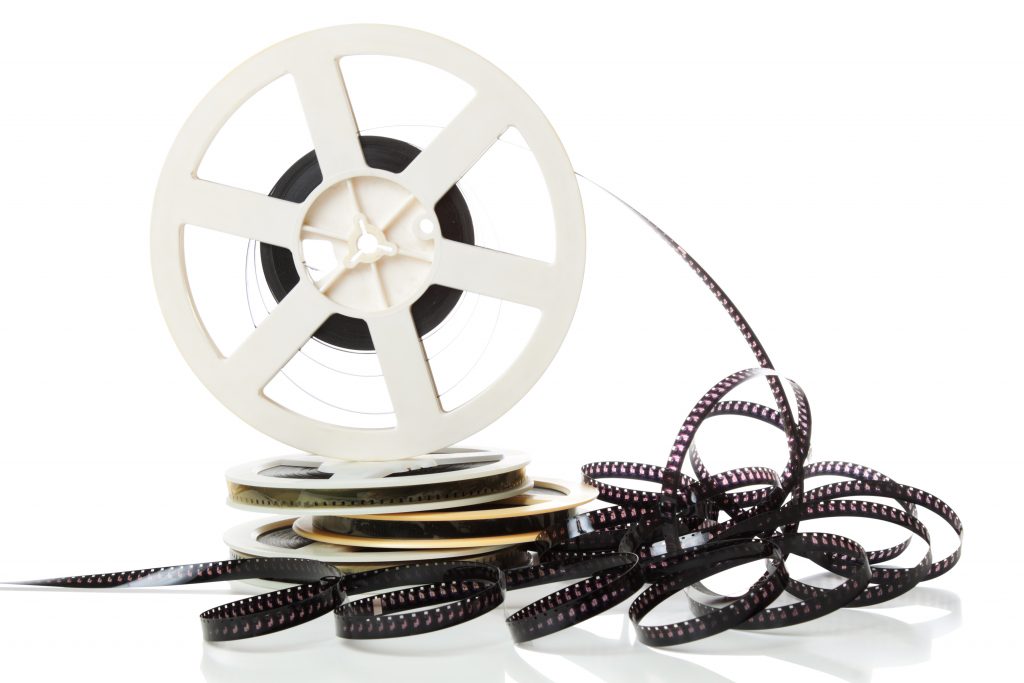 Standard 8 – released a decade before the World War II, the 8mm film emerged as an economic and viable alternative to the expensive 16mm film. The measures refer to the width of the film strip that is used to record a motion picture, or is being fed to the projector.

Double 8 – is effectively a 16mm film, but containing double the perforations on the edge of the strip compared to standard 16mm film.

Super 8 – launched in 1965, the Super 8 offered a much needed superior upgrade to the standard 8mm and was widely adopted and popularized as your amateur film-making asset.

In fact, the J.J. Abrams’ movie “Super 8” released in 2011 testifies to the fact of its huge popularity, due to offering better image quality and user-friendly cartridge-loading mechanism. Previously, the 8mm film strip had to be manually reloaded and re-threaded halfway through. The Super 8’ cartridge system removed this burdensome chore.

Single 8 – An alternative to Super 8, the Single 8 was introduced by Fuji. It is basically a Super 8, with the same image clarity, but contained within a different cassette. Additionally, the Single 8 cassette holds one spool above the other spool, unlike with the co-axial design of the Kodak’s Super 8.

There were additional types like the Straight 8 and UltraPan 8, but were much less prevalent, and at the end of the 8mm life cycle. The biggest difference within the 8mm film strip format remained between the Standard 8 and Super 8.

Spotting the Difference Between Standard 8 and Super 8

While both film strips are 8mm wide, you can easily spot the difference at a glance:

Therefore, even if your 8mm film is stored within a film can with leader tape, you could tell which one it is just by the size of the sprocket holes, which you can additionally verify if they are placed beside the center of the frame.

Your digitization of 8mm films, be they Standard or Super, depends on whether you want to digitize it by yourself, or if you don’t want to be bothered with the work so you outsource it to someone else.

However, if you have quite a lot of film rolls to convert, it will be a much cheaper solution to get the equipment needed and convert it by yourself. Furthermore, consider the privacy concerns. Do you really want a company to digitize all of your private moments?

And who knows what will they do with the created digital files, as they can all be easily and instantly shared across the internet. You never know if there is some rogue employee just about to be fired, and his parting gift to the company is ruining their reputation.

Outsourcing your digital conversion should be considered based on the following factors:

Once you have considered these factors, Legacybox is one of the best solutions for making your digital conversion happen. The whole process is as simple as it gets:

If you opt for their service, they will send you a Legacybox, which is a sturdy box that will endure the rigors of shipment.

Based on the number of items you will put in the Legacybox to be digitally converted, the price will range from minimal of $88 for 3 items, to $1100 for 40 items.

Of course, the legacy box will vary in size depending on how many items you have in mind.

They will deliver the digitized files in less than two months, in every format that suits you the most – DVD, memory stick/thumbdrive, or a simple digital download if your internet service is up to the task.

With Legacybox, you don’t have to worry in the slightest about formats, preparation, and equipment. Whether it’s a Super 8 or a VHS tape, or anything not digital, just send it to them and you will receive their immortalized digital versions. 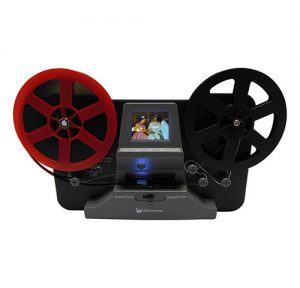 If you go the DIY route it will be far less intimidating and time-consuming than you would imagine, primarily thanks to the automated and budget-friendly device from Wolverine.

The Wolverine’s 8mm and Super8 Reels Movie Digitizer, like its naming suggests, is superb at converting your family trove of 8mm film rolls at great speed and quality.

Once you properly mount into its reel slots, you are ready to go. It will digitize each frame, all of which will be clearly visible on its LCD color screen. The digital output format is your standard MP4, viewable by any software, and the highest resolution is up to HD – 720p, at 30 frames per second.

It supports both Windows and Mac, can be plugged into TV for playback viewing, but it doesn’t come with a SDSHC memory cards.

The other digitizing solution for almost four times the price, but for FullHD output at 1080p, comes from Pacific Image.

Between the two, it is difficult to argue for the latter except if you really need that slight resolution upgrade. Considering the hefty price, it might be better to just send your 8mm to Legacybox instead.